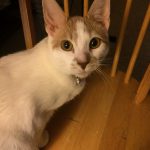 Good day, my friends, and Happy Tuesday! I hope everybody had a fantastic weekend! I know mine was spent in Southern California, visiting the Geekling, and we had a good time reading Magic Tree House books, picking up Haunted Mansion comics, and decorating a Stormtrooper helmet! That’s how we roll! Now, I’m back in Indiana, working on cleaning up the Geek Cave, working on my PC, and getting back into the swing of things! I can’t believe May is almost over! Last thing I knew we were in the first week, and now my birthday is Monday. Not that 39 is a big deal, but still…

Let’s look to the rest of the month of May!

Next, we look to June!

Hey! We have some Kickstarter campaigns to list! Remember, I don’t necessarily endorse these, I just know they are Hoosier-based campaigns, of a Geeky interest, and I want you all to look into them, and make your own decisions!

Finally, what’s happening with the blog?

That’s all for this week! If you have anything to add, don’t be afraid to let me know!
Tony