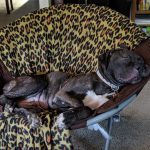 We’ve wrapped up another full week here at the Geek Cave. We recorded three podcast episodes, I’ve learned how to replace a nozzle on a 3D Printer (that’s heated to 205 degrees Celsius), we did some major deep cleaning, and we just enjoyed a day, walking around Irvington, browsing shops and catching Pokemon. It’s been a decent week, here, as we look ahead to a busy few months!

When I was younger, convention season seemed to take a break from Labor Day through the following spring, with a quick exception for Starbase Indy on Thanksgiving Weekend. These days, though, it’s a year round thing! Just take a look below, at the insanely full months of September and October!

August is almost over!

Looking ahead to October!