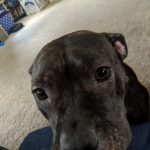 This time next week, it’ll be October, and we’ll be in the final quarter of 2019. October is CHOCK FULL of stuff happening around the state. Seriously, everything from Voltron to Doctor Who, from comics and toys to medieval times, will have an event this month, and that’s fan-frakkin’-tastic!

So, let’s get on with the countdown!

Now, on to October!