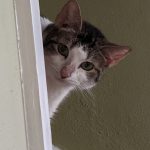 The first weekend of October is down, with visits to Indy Pagan Pride and the Indiana Toy & Comic Expo under my belt! This coming weekend is even more fun, with Kokomo-Con on Saturday, and the Ash Comic Show on Sunday! Will I have the energy to hit it all, on top of a meeting for Circle of Janus/InConJunction on Saturday night? We shall see. Now, will YOU have the energy? I hope so!

Now, on with the countdown!