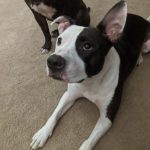 We’ve made it through the second weekend of the month, with visits to Kokomo-Con, a Circle of Janus meeting, and a bunch of housework. This coming week is going to be a lot, with the ABC RPG meetup on Thursday, VoltCon over the weekend, and a couple other personal things that are happening in between! Speaking of personal things, HAPPY BIRTHDAY, DAD!

Now, on with the countdown!