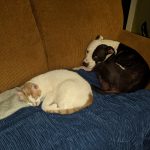 October is winding down, with Halloween on Thursday. This also brings the last huge weekend for this Geek, Extra Life Weekend! There will be more on that later this week, but I also don’t want you all to forget all the other great things happening this weekend, like the Game Expo, Thanks4Giving, and everything else! So why don’t we jump in to the list, and see what’s going on?

And now, the far future of December, wrapping up 2019!