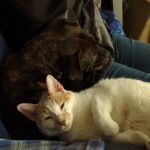 November is here, along with Election Day! Municipal elections normally have low turnouts, despite being the elections that affect your own community the most. So please, get out today, and get that vote in! Today is also the last day for pre-sale tickets for Starbase Indy, which you would have known if you had listened to Friday’s episode of the Indiana Geeking Podcast (link)! Finally, I want to thank everyone who donated during Extra Life! I’ve hit $350 of my $500 goal, and even though the streaming weekend is over, we still can raise money through December 31st! So please, feel free to hit the meter over on the sidebar (if you’re on a PC) or scroll down to the Extra Life blurb on this post, and help out!

Now, what’s happening during these last couple of months of 2019?