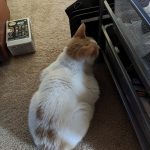 Dang it, November is just flying by, isn’t it? We still have a couple weeks until Thanksgiving, but we’ve already had our first appreciable snowfall! Sadly, here at the Geek Cave we don’t subscribe to french toast, so instead we just had hamburgers and fries. Anyway…

This weekend has some great stuff happening. Saturday is the next Comic Carnival Zine Jam, where a bunch of folx get together to work on a zine. Then, Saturday night, we have the next Shake Ups covering the Beatles show over at Radio Radio! I’m hearing they’re delving into more of their later material this year! We just need to make it through the week, to get to the cool stuff this weekend!

Now, what’s happening during these last couple of months of 2019?