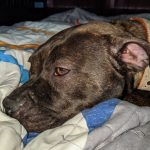 Yes, even on Christmas Eve, you’re getting the deets on all the Geeky things I can find from around the state! This is after an incredibly long weekend that involved a few viewings of Star Wars: The Rise of Skywalker, including a few hours in my Resistance Pilot gear at Flix Brewhouse in Carmel, along with hanging out with friends. We are going to be very busy over the holidays, so with the exception of Tuesday Tidbits, we’re probably going to be pretty quiet until the first full week of January, when I’ll have my thoughts on 2019, and my hopes for 2020.

So, before we roll into the events, I want everyone to have a great time, celebrating whichever holidays they celebrate. We’ll see you next week for the final Tuesday Tidbits of 2019!

Am I missing anything? Is there anything you want me to start tracking in 2020? Use one of those contact links to give me a shout! Have a great week, and I’ll see you later!