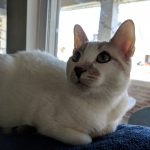 Happy Tuesday, my friends, readers, and people who are trying to figure out why they ran out to buy beer last Sunday! I am back on solid, dry, not-rocking-back-and-forth land, and I have spent the day updating events, adding a Kickstarter, and trying to get some fresh newness to today’s post! I am going to be busy most of the next few months myself, but you know you want to keep your calendar open for some great concerts coming up, as well as Who’s Yer Con and the INDYpendent Show over Easter Weekend!

So, everyone pull out your calendars, take a look at what’s coming up, and get to marking events down! Plus, always remember, if you have an event you don’t see on here, give me a shout so I can get you on there!

Then, on to April!

Have a great week, and I’ll see you soon!
Tony