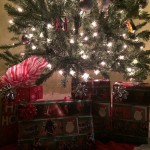 Happy Wednesday! I hope we all had a great Christmas, or whatever gift-based holiday we all celebrated! I hope you all got what you hoped for! Even if you did, though, there is probably other things you still need to pick up, and in a last minute push to start building a financial buffer for 2016 (dropping Patreon has hurt worse than I thought!), I wanted to give you one final Affiliate Link post for 2015, for some of the follow-up and add-on items you might need!

First, let’s look at the game systems. I know Santa brought some folks a Playstation 4, or an XBox One, hopefully with some games. However, did you get any extra PS4 or XBOne Controllers? How about a Playstation Plus or XBox Live membership? Of course, there’s also some great games like Fallout 4, Star Wars Battlefront, Lego Dimensions, or Disney Infinity 3.0? (Yes, I know this is lite on Wii U items, but I’m not as familiar with that platform!)

Next, I have some things for those who got roped into some of my favorite miniatures games – Star Wars X-Wing Miniatures and Star Wars Armada. I’ve talked all about the ships you want for X-Wing in a few previous posts, but I haven’t touched on Armada. Look for a more detailed post in 2016, but suffice to say, if you received that core set, you will want an extra set of dice, and some extra ships. If you’re a Rebel player, like myself, I’m hearing good things about the MC30c Frigate, the Assault Frigate Mark II, and getting extra copies of the Corellian Corvette and the Nebulon B. If you’re an Imperial, you’re definitely going to want an Imperial Raider, and the Imperial Class Star Destroyer so you can dwarf every Rebel ship on the mat. Speaking of mats, play mats are a great way to know the size of your battlefield. X-Wing has a 3′ X 3′ play area, and Armada has a 3′ X 6′ play area, so you’ll want to find mats that fit accordingly.

Of course, there are other things people normally need, like batteries, after the holidays, but those two areas are what’s really on my mind, right now!

I hope you all had a good holiday, and I’ll see you tomorrow for my 2015 Year in Review!
Tony