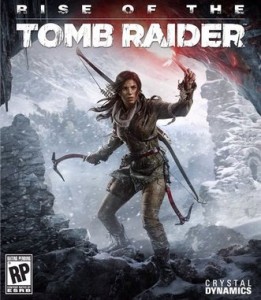 Ah, Tomb Raider. Known for it’s Indiana Jones-esque adventure feel, two Angelina Jolie movies, and over-emphasized… features, Tomb Raider is a staple in the video game industry. Ask any gamer, and odds are they will have some experience with a Tomb Raider game. My personal first experience with Tomb Raider was the 2013 reboot of the franchise. The game was incredible: smooth gameplay, and intriguing story, and a great re-imagining of Lara Croft as a strong independent adventurer (with much less emphasis on her features), still rising to the title of Tomb Raider. I loved playing through the game (even though I never beat it, due to my little brother being a punk), and I was ecstatic when I got the chance to play the sequel, Rise of the Tomb Raider.

WARNING: MINOR SPOILERS AHEAD
I’LL DO MY BEST TO GIVE A BRIEF SYNOPSIS WITHOUT SPOILING

Rise of the Tomb Raider takes place a year after the first Tomb Raider reboot. Lara is having a hard time dealing with her experiences from the first game, and she turns to research that her father left behind when he died. She starts looking for the Divine Source, and artifact said the grant immortality. Due to only being able to rent the game for a weekend, I was unable to finish the whole story. However, I got about halfway through, and I gotta say; the story is mostly just typical adventurer fare. Lara wants an artifact, but she has to race against time and an evil organization known as Trinity to retrieve it. While dealing with the subject of an immortality-granting artifact, the game feels very similar to Indiana Jones and The Last Crusade. However, one thing sets the mediocre story apart from other tales of adventure: the characters.

Oh my goodness, the characters. Lara Croft in particular is just fantastic. The level of depth brought to her character while she faces her inner demons is extraordinary, and really pulls you into the story. The mysterious Jacob and his Merida-esque daughter Sophia pop up through the first half, drawing you into the mystery and making you want to find out more about them and their story. Konstantin, the burly Bond henchman, is truly evil, and he makes you hate him from his first appearance on screen. The voice performances are fantastic, and will keep you going even when the story begins to feel a little lackluster.

The gameplay is fun, and the climbing sections really keep you on the edge of your seat. You must climb through caves and caverns while searching for hidden relics and documents, each containing their own unique history. Combat can be handled in two ways: run in guns-a-blazing, or sneak around and take out guards with your bow. My one big complaint about the gameplay though is that nothing was really changed or improved from the first game. The upgrade system is handled pretty much the same, the combat is exactly the same, and a lot of the environments look the same as the island in the first game, even though the sequel takes place in Russia. However, that’s not really a bad thing. The gameplay in the first game was smooth and fun to play around with, and that same smoothness carries into the sequel.

Like I said previously, I did not get to finish the game in one weekend, and I’m actually ok with that. The game is long, and yet it manages to feel fun throughout the whole time (well, at least halfway though the game). I recommend this game to anyone, not just people who like video games. The way the story is told allows anyone to start with Rise and get the full experience, without having to play the first game. If you’re interested in this action-adventure, go ahead and pick it through this Affiliate Link here. Rise of the Tomb Raider is only available on Xbox One, and is rated M for Mature. You can also pick up the Definitive Remaster of the first Tomb Raider reboot for Xbox One as well (here, have another Link!).

I’m gonna head back to Netflix for my next post. I’m feeling like some street-level superheroine hi-jinks pretty soon.